Working with a Border Print 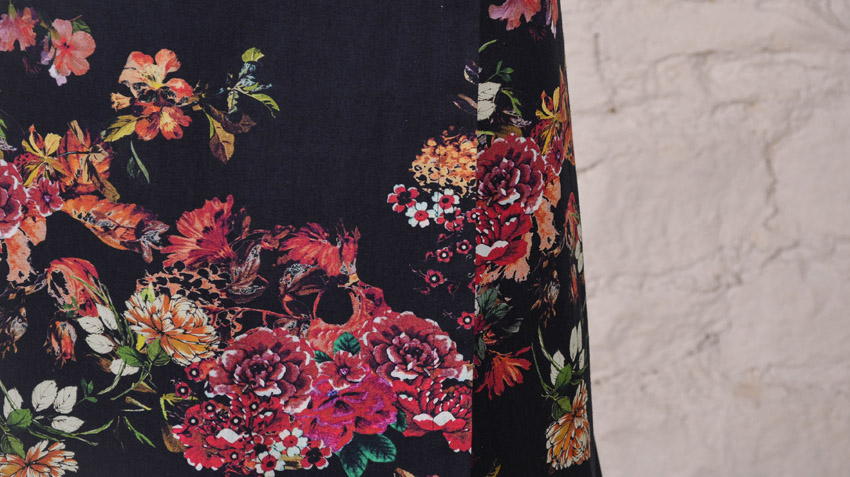 I've known Ellen March, editor of Sew News magazine, for a long time. I wrote articles for her and even fielded questions in the Q&A department for years. When she called me and asked if I would be a guest on her Sew It All TV show, I couldn't resist an opportunity to work with her in another format — on camera! 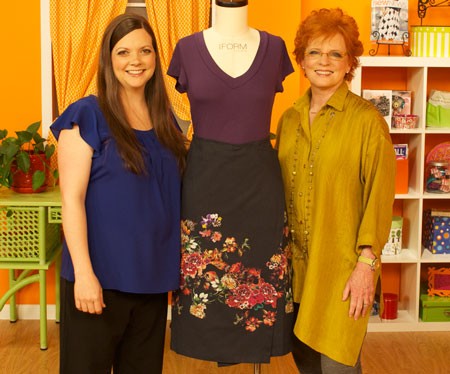 We needed a project that could be demonstrated on camera and completed in one television segment. We decided to use our eSkirt pattern.

The eSkirt pattern requires no more than 2 yards of fabric, depending on your size and the width of the fabric. It consists of two rectangles, seamed at the center back, and is overlapped and closed using two small buttons and a strip of Velcro in the front. The waistline is finished using packaged seam binding. All in all, it is super easy and incredibly slimming.

Denim continues to be a fashion fabric, and we have a few denim fabrics that have floral components, either as all-over patterns or borders. I bought these denim fabrics from my favorite supplier of one-of-a-kind designer fabrics in New York. 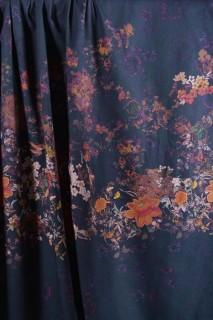 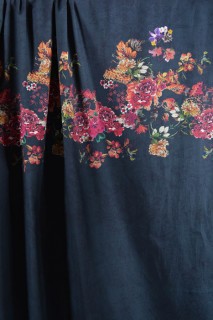 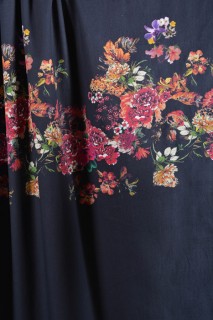 I chose to use a dark blue denim with a lively wide border which runs parallel to the selvage, so it became obvious that I needed to cut the skirt out on the crossgrain in order to utilize the border along the bottom of the skirt.

The eSkirt comes in seven sizes, but I always encourage people to fit more precisely by using the back seam as the "fitting seam". In the case of this fabric, though, I needed to determine the size ahead of time so I could eliminate the back seam and not interrupt the floral border across the back.

After laying the fabric out on my cutting table, I drew a vertical chalk line through what I considered to be the center of the motif's repeat. I also drew a horizontal line to indicate the finished length of the skirt. This gave me a complete picture of where the border would be placed on the skirt. 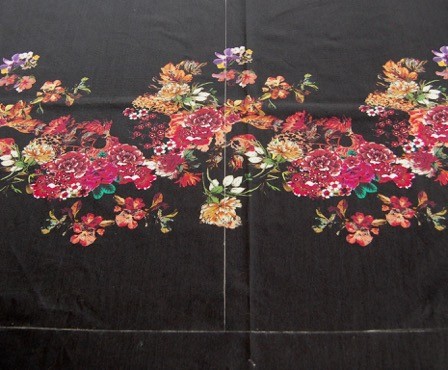 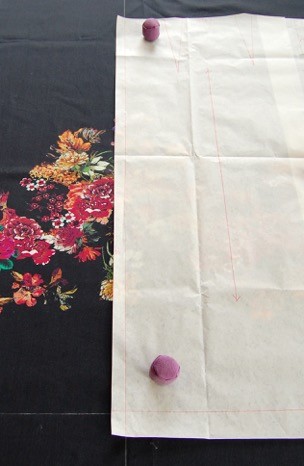 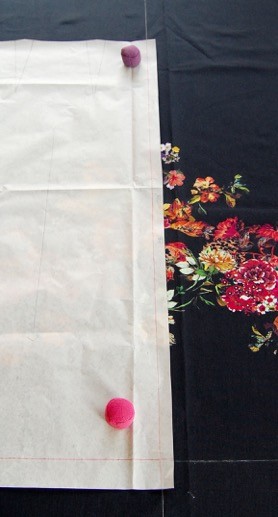 I simply followed the rest of the directions for making the skirt, and in about two hours, I had a finished skirt in a fun, modern denim. 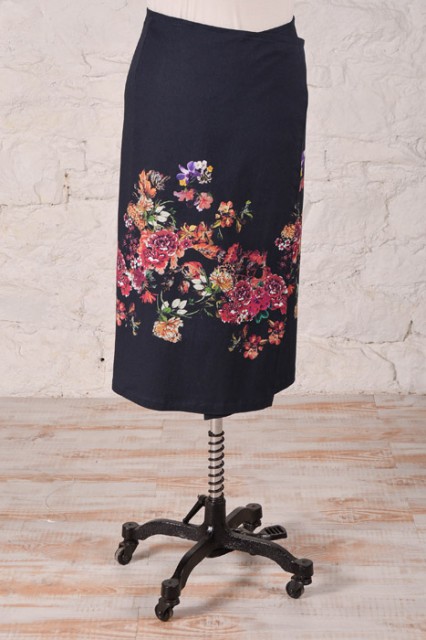