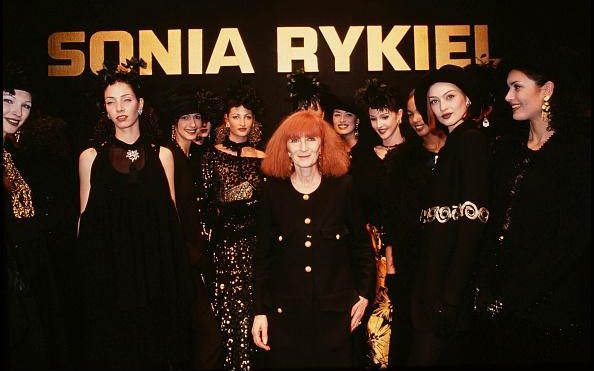 The fashion world was saddened when legendary designer Sonia Rykiel passed away this week. Rykiel, who unknowingly got her start as a designer when she started sewing maternity clothing for herself, was known as The Queen of Knits for her fashion-forward work with knit design. As I thumbed through Pinterest, looking at Rykiel designs, I noticed that she not only loved knits, but also loved a knit stripe (though, who doesn't?). In honor of this great designer, I've put together a few Sonia Rykiel inspiration boards, pairing our knit stripes with her design inspiration. 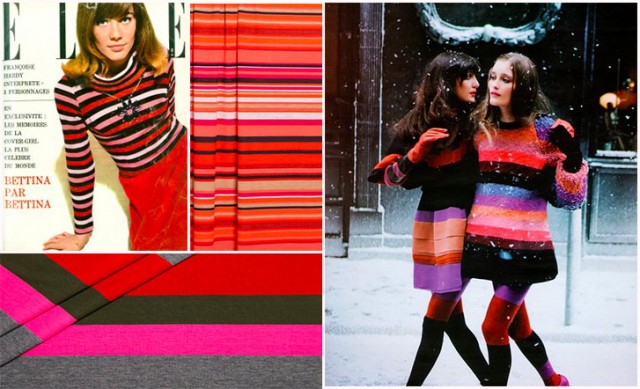 Nothing says French like a classic black & white or black & grey stripe. You too can channel a Left Bank look with our Black & White Raised Stripe Knit, or Onyx Stripe Texture Knit. While not a knit, I had to include the lavender and grey Cotton Smocked Stripe, it makes me think of the colors of Paris in the evening. 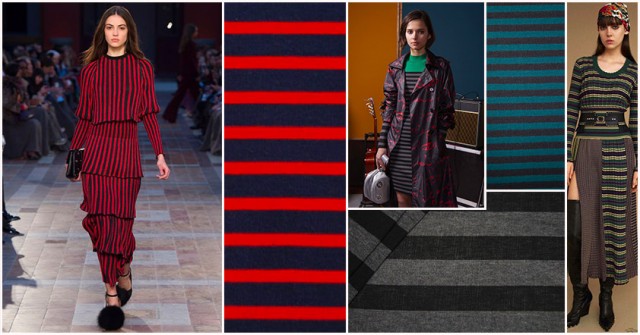 In Sonia Rykiel's Fall 2016 Ready-To-Wear show, she turned red and blue stripes on their head, creating a lengthening look, which you could try with our Ponte Weight Red On Navy Stripe. In Rykiel's 2017 Resort collection, she paired subtle combination stripes. Our Onyx Stripe Knit in Black and Grey gives a similar look, and I also love the combination of our Teal and Black Wool Knit Stripe.

We have so many great fabrics to add some Sonia Rykiel style, that I'm not sure where to start sewing! What about you? Which knit is your favorite? I would love to hear how you will incorporate stripe knits into your projects!

No comments made yet. Be the first to submit a comment